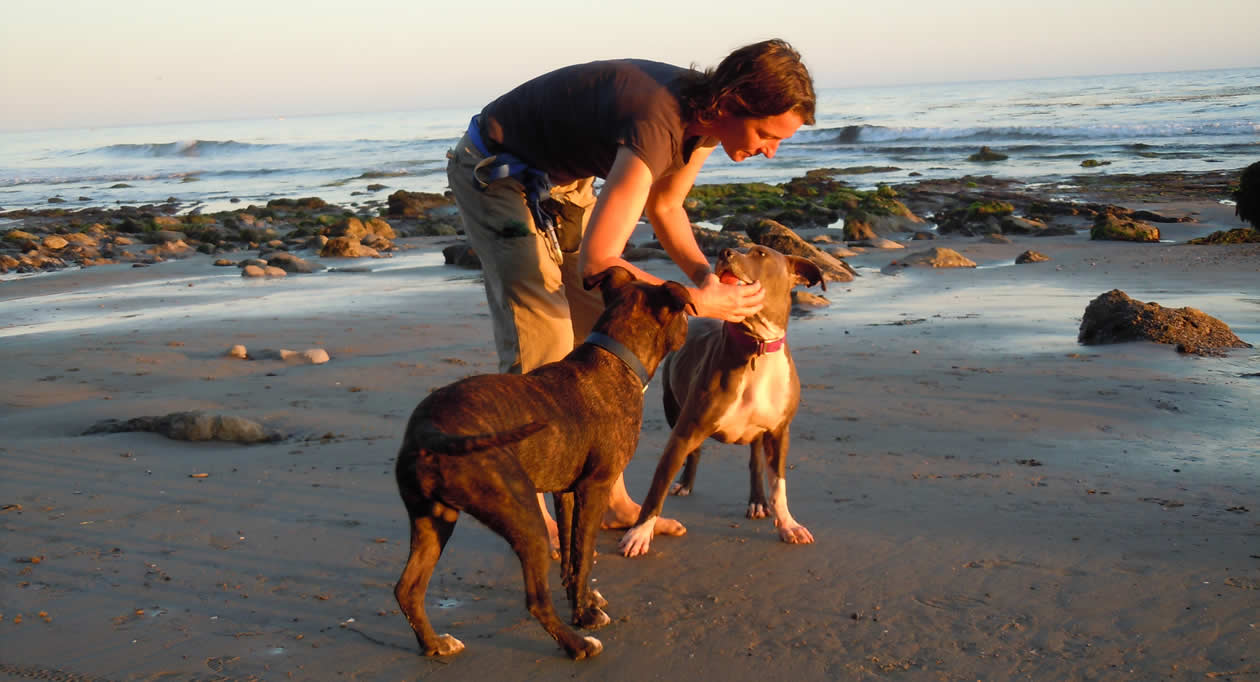 Experiences can change how I do things. And I can change again when required. Suzy never asked about my past. I never told her. She wants me to talk about it now. Sometimes people want to hear what happened to us and when they find out they get upset.

I was dropped off in a place I did not know. I was on my way home when I was picked up in a car. I was taken to a place with many dogs. It was confusing there and a lot of barking. I was calling Suzy. I recalled her energy from another time. I wanted her to pick me up. One day her and Savannah came to take me. I was immediately home. Away from the place we took a long walk. I was really happy to be with them.

It took Suzy a few weeks to get that my name is Charlie, but she got it with the help of others. It took her even longer to understand that she was mine and that I was not going to be away from her. Sometimes people don’t get that we have our own ideas about our lives. They think they organize that for us. We are much smarter than that. I let Suzy talk in her own voice about how she ‘found’ me:

Thank you Charlie for inviting me to talk on your blog. You are correct, I was unaware of your plans all together and the way you showed up in my life is really quite strange, to say the least. At the time I was traveling with Access Consciousness in Turkey where Gary Douglas was facilitating a level 2/3. It was the morning before class and I was sitting on my bed working on the computer. I always have several browsers open and I do a lot of things online, but I was definitely not looking at anything dog related. I had taken on a pitbull I named Savannah a while back and she was a handful. Adding another dog was out of the question. 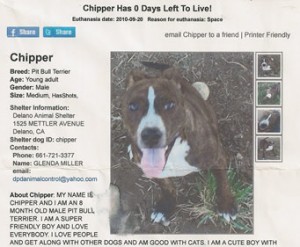 All of a sudden this window pops up, and it has a picture of this dog and is says, ‘Hi, my name is Chipper and I have 2 days to live’. I thought, oh, where did that come from? I looked at the dog and immediately had the sense that there was something ‘special’ about him. I looked at other dogs from that site and none grabbed me like him. So, I thought, hey, what the heck, I can post him on facebook and vouch for him, as I felt like he would be a real catch. So I offered life long support, in case I was wrong, as a perk to adopt a shelter dog. After two days I checked on him and his euthanasia date had been extended. No-one on fb was interested.

So after arriving in California, I called the shelter, which was close to Bakersfield, CA. I asked about this dog and they told me that as long as I was interested they would not euthanize. After making another attempt to get someone interested I drove the 3 hours to Bakersfield to meet this dog. The whole way there I was scolding myself. I certainly did not ‘need’ another dog, certainly not another pitbull and I really thought I was being crazy. On my way I called several people in the hopes to either get support or to be told to turn around.

Needless to say, I only reached supporters, which later on was truly the energy that Charlie was pulling me with, there was no way to stop or negate that. The universe was sending me there, no doubt. As a side note, Savannah was with me on that trip and she was picking up on my doubts and stress that I was heaping on myself for doing what I was doing. 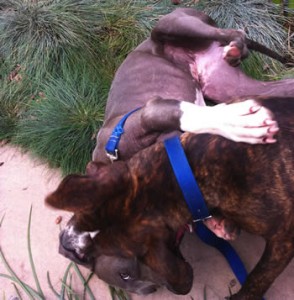 I was totally unaware of that until I turned into the shelter grounds there and she tried to crawl under the seat in my car. This is a dog that likes to sit up, look out and given the chance likes laying on your lap. When I saw her trying to squeeze herself under the seat, I recognized that in her world I was about to drop her off at the shelter and all the stress in my universe had created that. (At the time I volunteered at the shelter in Santa Barbara, where Savannah was from, and whenever we went there together she never had that reaction before). I immediately assured her that we were here to get another dog, not to drop her off and I apologized for my insanity. The meet and greet with Charlie was easy and uneventful. The two of them got along, he was really nice and so I signed the papers.

He was picked up on the streets of Delaney, no collar, no clues, I was told. He came without a collar, un-neutered and I realized I had not really prepared too well. I had no collar or leash for him, nor did I have a crate in the car in case there was an issue with being in the car. Oh well. He whined a little during the first 10 minutes of the ride, so I chose to take a walk with them. I was stunned that this new dog stayed with us without a leash on him. I did tell him that if he truly desired to be with us, he had to stick around on this walk. Haha, I was not aware at that time that he had pulled ME into his life. I still thought that I would just be the facilitator that would get him to his next place. Not so bright sometimes. Well, this is how our lives together started. I will ask Charlie one day about how Savannah found herself a more fitting home and him and I became the team we are today. 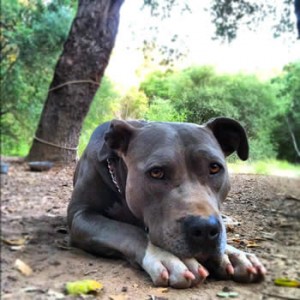 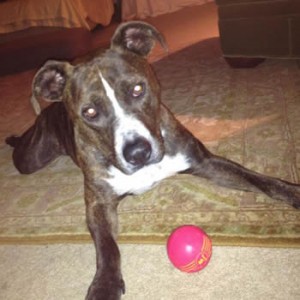 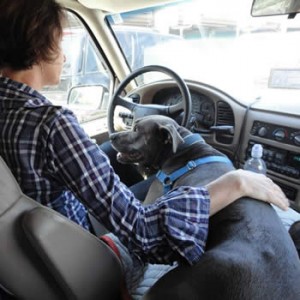